Recently, my wife Linda and I were watching a documentary film called, Paul Williams Still Alive. Williams is a singer, songwriter, and actor who composed six #1 singles, including three for The Carpenters and one for Barbara Streisand. Early in the documentary, the narrator was sitting down with Williams as Williams was telling a personal story about his father.

Right in the middle of Williams telling his story, the narrator interrupts and says, “I’m going to skip around a bit and do you remember being entered into talent shows?”

The look on William’s face as the narrator interrupts says it all. 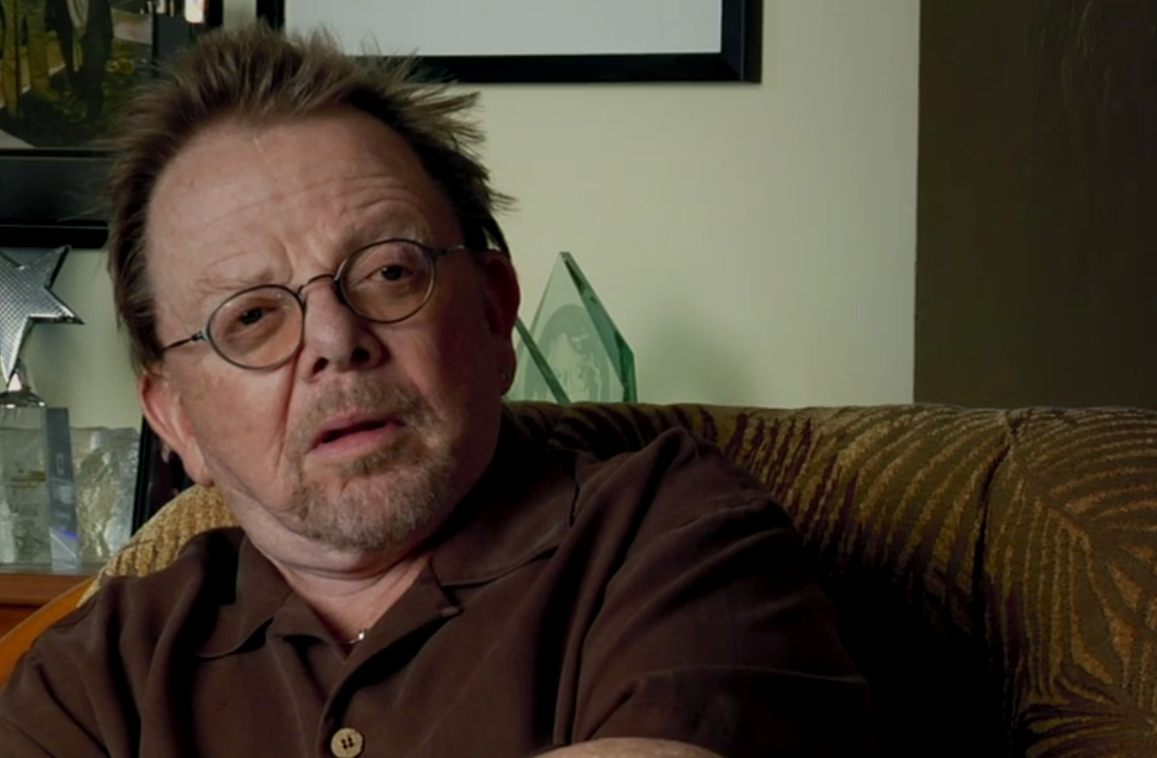 Clearly miffed, Williams then says, “So we’re interrupting this meaningful conversation about my dad taking me to this ballgame to talk about talent shows? I want you to put this in the film because this conversation we’re having right now is more important than the story of the talent shows.”

The narrator was a terrible listener and his poor skills failed to capture the fascinating story of a guy who wrote some of the most iconic songs of the 1970s while also becoming a parody of himself along the way. His interruptions, jumping around, and failure to let Williams “go deep” marred what could have been an amazing documentary.

If only the narrator had been a generous listener…

Polite listening is about being quiet and not interrupting the person who is speaking. It’s about listening intently to what the other person is saying and being genuinely interested in it. But that’s only scratching the surface of listening.

By contrast, generous listening is a whole mind-body experience. It’s about creating an inner and outer space where you can be present, open, and available to bringing forth an exchange of words, stories, and feelings that were there but not previously connected or expressed.

The inner space is about who you bring to the conversation. Is it angry you? Frustrated you? Greedy you? Generous you? Tired, happy, or professional you? Some combination of you?

“Who” you bring to the conversation is the cumulative effect of your upbringing, experiences, beliefs, prejudices, and input sources that shape who you are, what you believe, and how you conduct yourself.

For example, as I prepare for a coaching call, I make a clean break from what I was doing to get my mind and body centered on the upcoming call. I typically take some physical action by getting up, moving around, and sometimes I’ll do some quick exercise like push-ups. And then I simply sit, breathe, and envision the next call. I try to let any of the baggage I might be carrying just flow out of me so I can be open and receptive to the next conversation.

If I have back-to-back coaching calls, I always schedule a minimum of 15 minutes, and usually 30 minutes, in between calls. Why? Because I want to do a clean reset from being in conversation with my first client to becoming present with the second client. I make this clean break by finalizing my notes from the first call. That gives me a clear way to end it and not worry that I have any loose ends still hanging out. Then I do the exercise and breathing I mentioned above.

This mini ritual in between calls honors the ending of the first call while setting up the next call to capture my full attention.

Joe Deitch is the founder of Commonwealth Financial Network and on my podcast, I asked him if he had a blind spot that was eventually brought to light. He then shared the following story.

“I was in a three-year Harvard Executive Program and I took copious notes because I was literally just trying to save myself. And at the end of each year, we spent three weeks living on campus, and at the end of each three-week stint, I would try to summarize my notes. After three years, I ended up with 10 pages of ‘Do this, do this, do this, don’t do that.’ And that’s cumbersome. You can’t walk around with 200, 300 things in your pocket to try to remember. And so I distilled it down and eventually I got it down to one word. And the one word for me was…listen.”

He went on to say:

Not truly listening was a blind spot that he eventually realized was limiting his awareness of reality.

One of the benefits of doing a podcast is the conversations are recorded. I always listen to each of mine and invariably, I notice missed opportunities where I didn’t follow a particular thread or failed to see the gold in something my guest said and, instead, I quickly moved to the next segment. And as much as I try to be present for every conversation, I know that I bring my biases, my expectations, and my ego to every conversation. Often times, they limit what could have led to an insightful “bringing forth” of an aha moment.

Just being aware that we have blind spots and using that awareness to be on the lookout for them (like me listening to my podcast recordings), is a good first step toward shining a light on what is currently blinding you. And by the way, one of my blind spots is I say “so” all the time on my podcasts! Not the biggest sin in the world be even I get annoyed sometimes hearing it on the replay.

And a good second step is to pay closer attention to how you react to the avalanche of stimuli that hits you every day. As Joe Deitch wrote in his excellent book, Elevate: An Essential Guide to Life:

“Every idea, every person, and every interaction provides an opportunity to observe how we react to life in its infinite expressions. When we pay close attention, we may notice that our reactions are expressions of our fears, desires, and predispositions. Like a Geiger counter or a divining rod, our reactions provide critical clues at every step. If certain concepts, beliefs, situations, or people rub us the wrong way—more than might reasonably be expected, or more than they affect others—we should see it as an opportunity to wonder why. What’s going on in our subconscious that we’re not fully aware of? What in our background might explain such a reaction?”

What you give disproportionate attention to could be a clue to where you should delve for deeper self-awareness insights. And the more self-aware you are, the less baggage and preconceptions you bring to each conversation. And this newfound awareness creates the space for a meaningful, “bringing forth” conversation to fill.

I recently published my 400th podcast episode across the three podcasts I host. Most of these episodes were conversations with one or more guests. And the most memorable of these were ones where through our conversation we brought forth, or gave birth to, new insights or ahas that had never been articulated before.

Discover, by definition, is about gaining sight of or knowing something that was previously unseen or unknown. So, when I say, “bring forth,” what I’m talking about is making a distinction between “the facts” of your client’s situation and “the connections between those facts” that generates a new realization.

For example, one of my advisor clients told me about a discovery conversation he had with a new client. Over the course of the conversation, they were able to bring forth some new connections and shortly after, the client sent him an email that said, “Leading up to this meeting, we thought it was money that was causing all the problems but…we realized there is more than money we need to work on and that we may be doing things counteractive to our goals as a family…”

These conversations that “bring forth” new insights and realizations don’t happen often. Even after 400 podcast conversations, I still feel like I have a long way to go to make this happen on a regular basis.

What I can offer you here is two-fold. First, be present to your conversations. Doing so creates the openness for new discovery to happen. And second, focus less on asking questions that lead to factual recitation and more on questions that lead to making new connections between past experiences and future possibilities.

Asking these “new connections” questions is an article for another day. But there is one question that you can start working into your discovery conversations now.

It was inspired by a talk given by author and journalist Krista Tippett at Google in 2019. Rather than asking the “What’s important about _____ to you?” question or the “What’s your earliest memory of ____?” question, you make a subtle but meaningful twist by actually combining those two questions.

Let’s say you’re exploring your client’s beliefs and biases around money in an effort to bring forth a new aha. You could ask something along these lines: “Mary, can you share with me the very first time when the word ‘money’ meant something to you?” Or make a slight twist to that by asking, “Joe, what’s your earliest memory of when you started to understand what money means to you?”

These types of questions will be most effective when you preface them by explaining the context behind why you are asking them. And asking them early in your conversation creates a shared understanding that is a solid base on which to build upon.

Conducting 400 podcast conversations doesn’t make me a great podcaster if all I did was do one podcast 400 times. Rather, it’s the cumulative effect of tweaking, of trying new things, of learning what works and what doesn’t, and then practicing and aspiring toward mastering those skills.

Likewise, becoming a better listener so you can cultivate deeper insights and connections with your clients is an ongoing practice with many layers. Yet it’s one well worth pursuing.

About the Author: Steve Sanduski, CFP®

Steve is the co-founder and CEO of ROL Advisor, a New York Times Bestselling author, and a prolific writer and podcaster. He has been a CERTIFIED FINANCIAL PLANNER™ licensee since 1996.